Home Lifestyle FLYFREELY: WHY THEY FLY DRONES INTO UNDERGROUND MINES 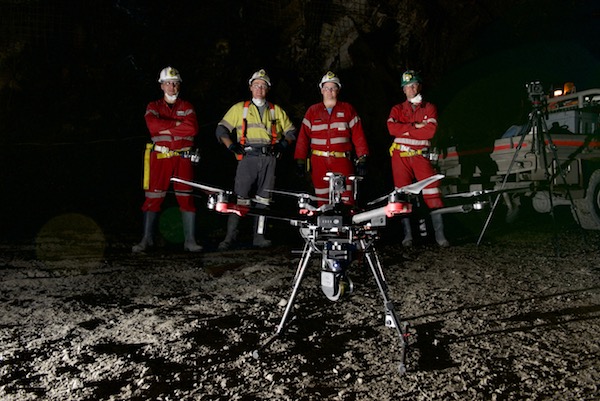 FLYFREELY: WHY THEY FLY DRONES INTO UNDERGROUND MINES

FLYFREELY: WHY THEY FLY DRONES INTO UNDERGROUND MINES

Five years ago, Ashley Walker finished university and started flying drones, utilising their incredible potential at the fringe of an industry that had barely begun. Now he’s at the forefront of that industry, flying $100,000 drones into constricted underground mining tunnels to gain valuable information – and that’s just the start!

When Ashley and David Cole – Founder and Director of Dech-Mec Pty Ltd and FlyFreely – came across CSIRO’s new LIDAR sensor technology, they immediately started integrating the new sensors with drone technology to create 3D renders of a space or environment. This resulted in Ashley piloting RPAS (drones) inside underground mines. Here they could get “really interesting and highly valuable pieces of information” that would have worldwide applications for them, should it succeed.

“The intention was to develop a system with CSIRO that allowed a less experienced operator to fly, in a completely assisted mode with no GPS, into the underground mine and come back with an aircraft and payload worth over $100,000… without losing it,” says Ashley.

We can’t help but laugh and listen in awe as Ashley walks us through his first attempt at getting data from a stope, which is an underground mining area where ore has been removed.

“The first stope we ever came across had rock mesh completely obscuring half the entrance plus fragments of rock mesh and rope hanging out the other half. “Our aircraft was 1.8 metres wide and the entrance, based on visual observation, was less than 2.5 metres,” he says with a laugh. As if that wasn’t enough, Ashley also had to deal with an unknown airflow and the sound of small rockfalls, which could have meant game over. “It was the second most intense flight I’ve ever done. The most intense was similar, but I had all the executives of the mine behind me.”

Just five years into his working career, Ashley trains RPAS pilots, performs high risk operations and plays a key role in FlyFreely – a new company making drone operations accessible to any business. On top of all this, Ashley has been one of very few people in Australia to get approval for a tandem flight with a manned aircraft, which is both remarkable and daring.

“We’ve also got VFR integration, special VFR and we were one of the first in Australia to be granted Australia-wide night approvals.”

If there’s one thing that Ashley proves, it’s that non-conventional careers offer a unique and thrilling experience, but he didn’t get here by chance. Ashley was building his own 3D printers a year out of high-school and coding his own drones the moment he got his hands on one, which he says proves that it’s all about “finding what interests you”.

0
3   0
previous WHAT IS LIFE LIKE AS AN ADVENTURE THERAPIST?
next TOWNSVILLE, WHY GROW? HERE'S THE TOP REASON WE SHOULD EXPAND