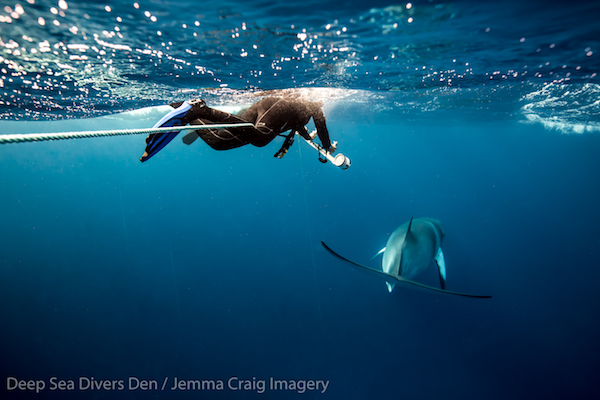 Manufacturing the Future of our Region

In the offshore Ribbon Reefs near Lizard Island float a group of dedicated marine biologists from JCU Townsville looking to study the mysterious dwarf minke whales, which were only discovered in the late 80s. These reefs are the only known aggregation site in the world, which makes studying them a truly fascinating and unique experience.

Here in Townsville, James Cook University’s PhD student, Suzanne Hillcoat. has spent dozens of hours in the water with dwarf minke whales studying their behaviour and growth rates as part of her role in the Minke Whale Project.

“You’re in the water and it’s blue in every direction, you can’t see the bottom,” says Suzanne as she describes her first time seeing a dwarf minke whale. “You’re staring off into the abyss and then all of a sudden there’s this seven metre long animal coming out of the blue and approaching you and you make eye contact with a whale. It’s the most surreal experience and after you do it once there’s no turning back,” she says.

Originally hailing from Toronto in Canada, Suzanne says that finding the Marine Biology course at JCU was a “eureka” moment that led her on a fascinating path of discovery.

“The ocean is kind of like the final frontier on the planet. I mean, we’ve explored space and we still don’t know what’s in the oceans,” Suzanne says.

“It’s also really funny because when people ask for career advice, most marine biologists say ‘if you’re getting into marine to swim with dolphins and whales, you’re barking up the wrong tree because no one really does that’. Whereas I can’t give the same advice because that’s exactly what I’m doing,” she says with a laugh.

There are several intriguing aspects to Suzanne’s role in the study, with size measurements, growth rates and behaviour her main focus. However, she says there are numerous flow on effects from the project that are changing the industry.

“The Minke Whale Project has facilitated a uniquely collaborative relationship between the tourism industry, management, and science,” she says. “We also make a lot of our IDs and capture interesting behaviour from footage that tourists give us, so it makes for an interesting citizen science aspect,” she adds, noting that only a very small handful of operators have permission to take tourists on minke whale trips.

From here, Suzanne hopes that innovation and technology will merge with science to create an automated photo-identification system for dwarf minke whales, which would be a first in the world.

When it comes to unique jobs – swimming with and studying whales certainly has to top the list!

Suzanne often swims next to dwarf minke whales when they pass through our reefs in order to study them. Credit Jemma Craig: www.islandjems.com

Ready to drool over another amazing job? Check out the woman whose job title is ‘Adventure Therapist’. Interested in what she does? Read about it here.

0
2   0
previous TOWNSVILLE'S FIRST SECRET FEAST DINNERS CAUSES NATION-WIDE STIR
next WHAT IS LIFE LIKE AS AN ADVENTURE THERAPIST?

A Message To Townsville Businesses During COVID-19