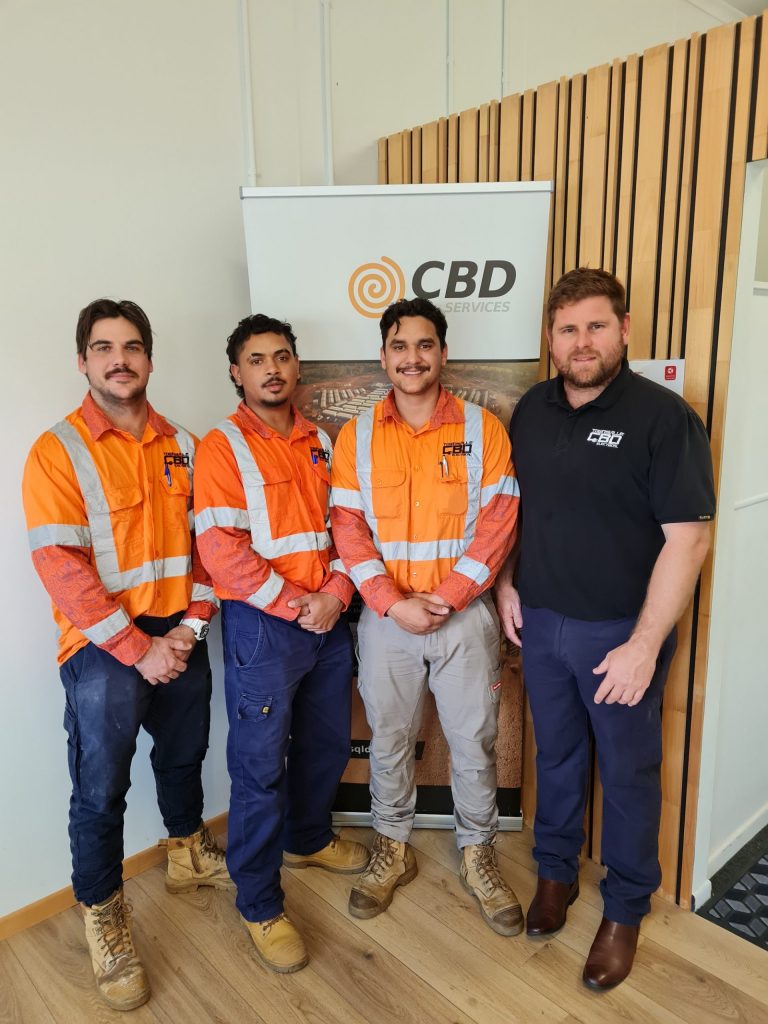 A growing number of young Indigenous Australians are rising through the ranks of the electrical trade thanks to the work of local entrepreneur, Michael Prien, who is using his business to open doors to the industry.

Townsville CBD Electrical, which started in Townsville in 2013, was founded with the key purpose of breaking down socio-economic barriers for Indigenous Australians by providing apprenticeship pathways into the trade sector.

“I started the business to give Indigenous people more of an opportunity and to fill the gap where mainstream construction businesses and companies were lacking engagement,” explains Michael.

“There was and continues to be a shortfall of Indigenous people on construction sites, particularly within the electrical sector, so as a proud Indigenous Australian myself, it instilled a passion in me to start a business to engage young apprentices and create some role models in the community.

“I thought, if I could do something in my lifetime, then why not give it a go?”

The business, which services areas from Brisbane up to Far North Queensland and the Torres Strait Islands, has employed a total of four Indigenous apprentices since the start of its operation. Michael hopes to grow this number over the coming years and create additional pathways through his second business CBD Services which is Brisbane based.

“The growth in confidence and ability is so great to witness and we now have previous apprentices who have gone on to buy houses, have kids, and establish themselves,” he explains.

“I’m trying to guide them in the right direction and provide them with a pathway in the hopes they then become role models for other Indigenous people wanting to enter construction.”

Michael acknowledges that his team still encounters initial apprehension when walking onto a job site, which soon dissipates when they have showcased their work ethic and capability. Michael hopes to continue bridging this gap through his commitment to an Indigenous workforce and build up the confidence, purpose and skills of those he employs.

“It’s a flow on effect and it benefits everyone in the community who sees them get up and go to work, buy a house, and shows the younger generation that there is a pathway, there is an opportunity if you’re willing to put in the time and commitment,” he says.

“It also equips them with life skills such as teamwork, they learn to be more self-sufficient and are mentally stronger with more insight into the world which builds their resilience.”

While many businesses operating across Australia have now developed Indigenous procurement policies, Michael says the key to guaranteeing more pathways for Indigenous people, particularly within the trade sector, is for companies to support and hire local businesses that employ Indigenous staff.

“I’d love to take on more but when I employ an apprentice I need to find four years’ worth of work for them and when you’re trying to put multiple on, you need a fair bit of work to sustain that,” he continues.

“I think the key is just more education, and to ensure there is someone within a company who is passionate about engaging in Indigenous employment opportunities to make sure these pathways are available.”

Georgie is BDmag’s resident writer who is passionate about entrepreneurship, sustainability and regional affairs. She is preparing to study with The School of The New York Times later this year before commencing her journalism qualifications.
PrevPreviousTake a (good) Seat
NextIconic View Back on the MenuNext